Sometimes an idea pops into my head and everything else is put on hold until I try it out. This was just such an idea. Instead of casting on a large number of stitches and decreasing in the center until the diamond is formed, why not start at the end and increase until the length and width are just right?
This was my plan.

Beginning with the back, cast on 3 stitches. Knit the first row, then kfb,k,kfb, = 5 stitches. Knit the next row and then s1, kfb,k,kfb,p, = 7 stitches. Continue increasing until work measures about 20" long and 20" wide. It worked!
Originally I was gonna do the same for the front, making a pullover, but changed my mind and decided to make a cardigan vest instead. I had limited variegated yarn, so I had to be frugal. The fronts were begun the same way and then I stopped increasing, just knitting in stripes until I reached the neckline, cast off a bunch and continued in stripes until I had an equal amount as the back. After sewing (!!!) up the shoulders and side seams, I added the neck banding and button bands. Did I love making it? Yesssssss! But sewing up seams, not so much.
Lion Brand Amazing in Carnival, and  Merino Sport Mix, size 7 needles. 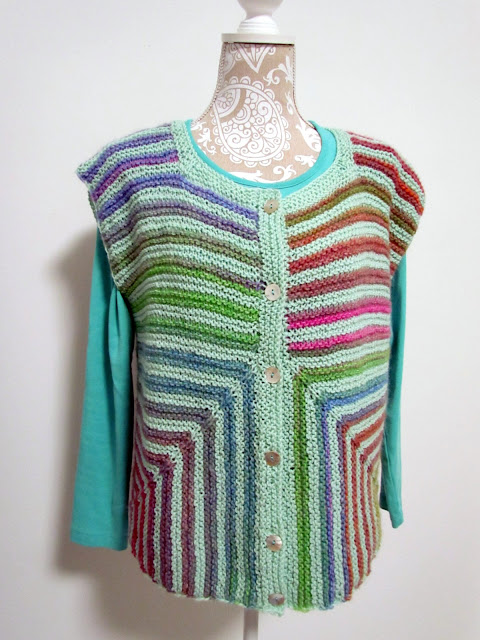 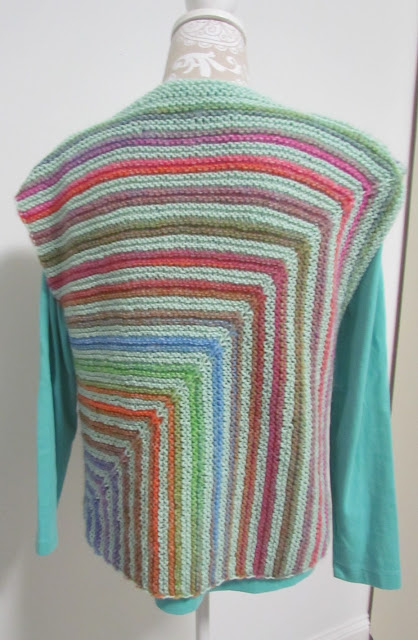 Here's my 69 year old self modeling. Photo by Dave. Note the dog butt in the mirror. 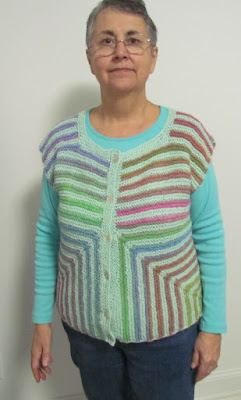 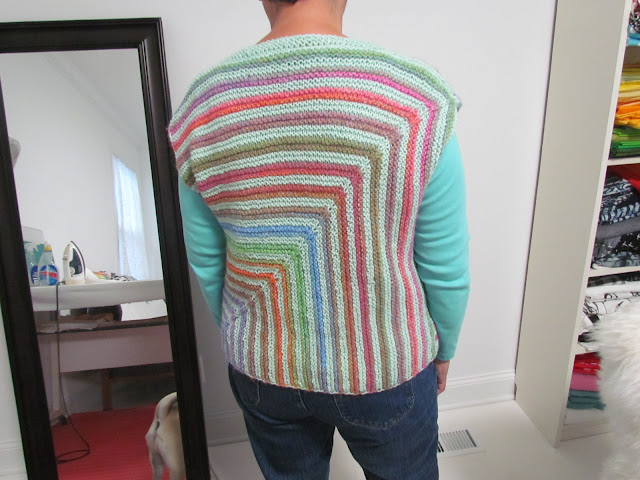 Family who got no attention or feeding until this was finished. Not nearly as happy as me. 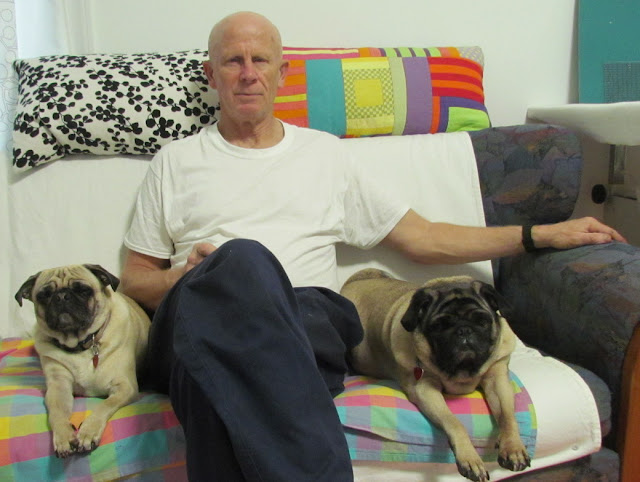 Posted by Melody Johnson at 7:45 AM

Melody Johnson
As an artist, one of my goals is to take risks, try new ideas, and find a way to give myself that 'thrill' that making art can provide. Words of encouragement are always accepted. I answer my emails faithfully, so please send me your thoughts. fibermania@gmail.com