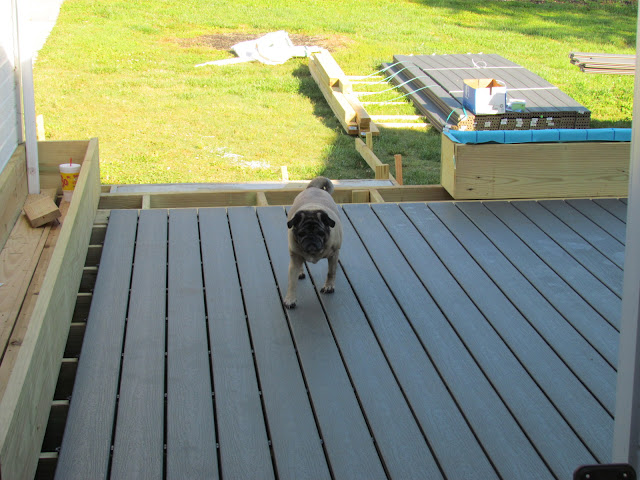 The deck project sat undisturbed for 10 days while the contractor tried to amend his mistake of ordering me BROWN decking when I specifically asked for gray. Light gray actually. This is dark gray and the expensive brand, Trex, which was also not what we had decided on. Plus when he finally found a supplier of the gray stuff, it was in Knoxville and had to be trucked down here, for an additional expense. Then it sat in my yard for three days, while I waited for a call or email or anything to tell me when they would get it installed.
I know I mustn't grumble, and things could be worse. At least I have hot water. Wha? Well, my sister had a bad week, because her septic system overflowed into the lower level of her house where my niece resides. So they had to call in a guy to dig down and flush out the tank, which was done after calling the gas company to insure that the gas line wouldn't be disturbed. The gas line was then disturbed by the digger. That was last week, May 5th and she has been without hot water or stove use, showering at the sports club across town, no laundry, etc.  Still no relief, 8 days later.
So as I said, I mustn't grumble. 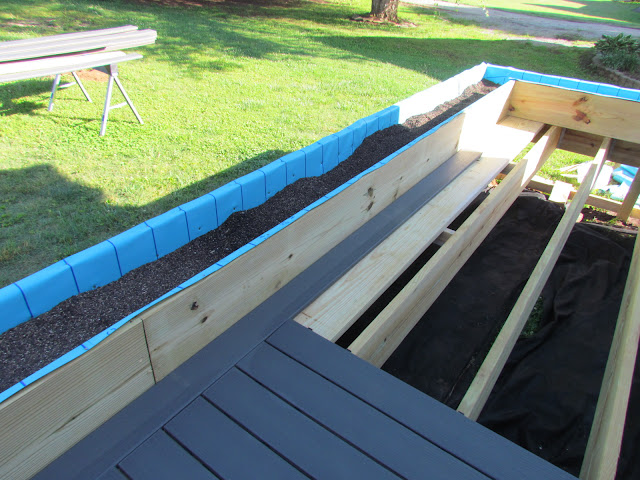 Here's the partially filled planter box. It is lined with a rubber liner, which I perforated and then covered the holes with coffee filters, to allow water to drain but to keep the soil in the box. Worked great. I will be adding more soil, actually mushroom compost as soon as the deck is done. Planting comes immediately afterwards. 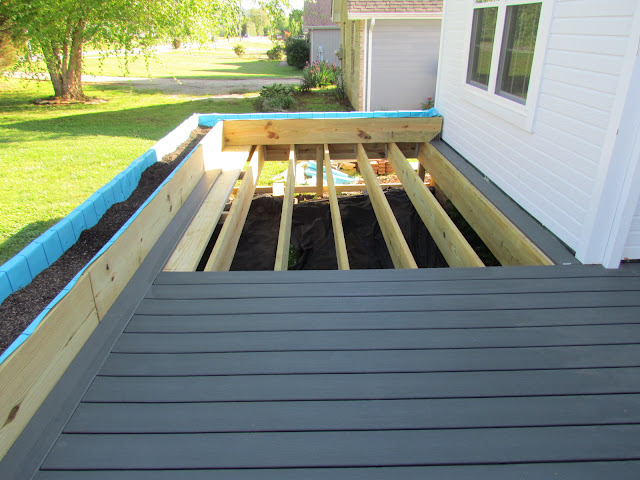 I took these photos early this morning and the floor is now finished and the clading of the planter is half done. It will all be completed today...God willing. 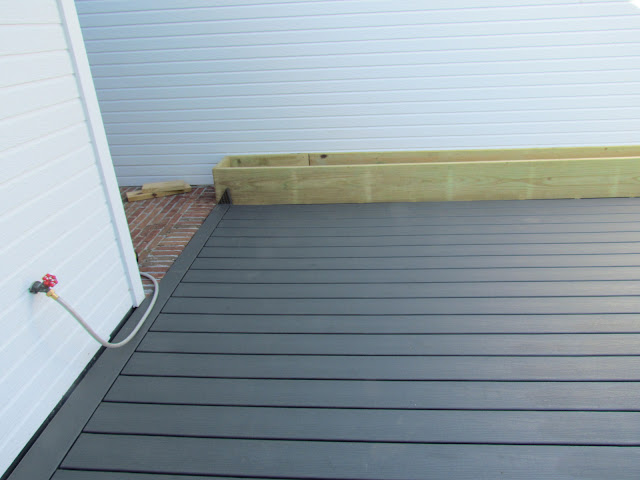 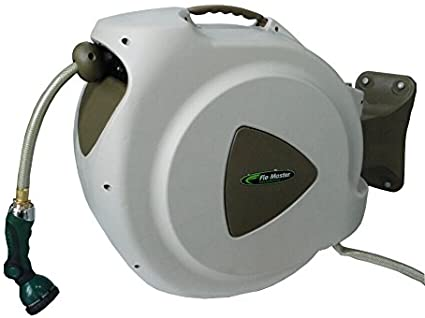 That hose is the thing I am so excited about having. It is connected to a retractable hose reel, which will be mounted on the front of the house, making it easy to water everything in the planters and across the driveway in the peony bed, which holds a zillion other plants, both perennial and annual.
So before everthing is done, I walked around to get the feel of the space. It is bigger than I thought. Which is good. But it is also so exposed. I don't think this will be conducive to Dave wanting to be out there. But I have a plan. 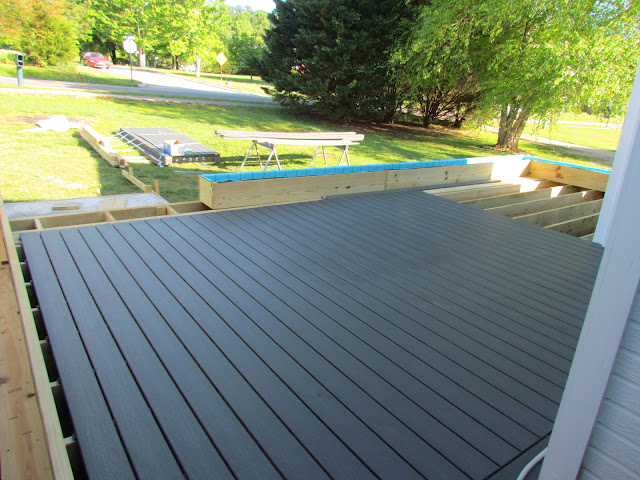 I will put really large flower pots on the deck 'planted' with trees or bushes inside, to act as a screen or simulated enclosure. These will eventually go in the yard, once that landscaping is decided. The pots have been borrowed, just this morning, from my sister, and are that light weight resin, that looks like concrete but weighs almost nothing. Dave likes the idea, and will paint these pots which have seen better days (white paint which we had in the garage already.)  I'll do a before and after, once I decide which and how many of them I will use.
One project after another. It keeps me alive! 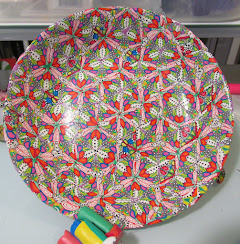 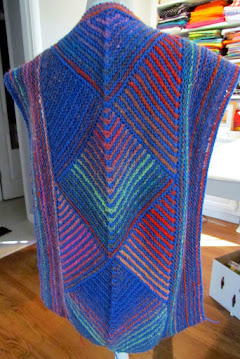 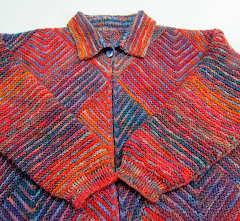